Replica is an Indie game developed by Somi Games. It was recently Greenlit and released on Steam on the 11th of July 2016.

You can watch the Release Trailer here:

Replica currently sells fo £1.99/$2.99 on steam and is a cheap pickup for someone in need of a filler for their steam library.

Please Be aware that there may be spoilers on this article and if you wish to play this game for yourself and want to uncover all of the mysteries this game has to offer. Play it before reading this article.

In the words of Somi Games:

‘Replica is an interactive novel game played through a cellphone and social media.’ – Extract taken from the SomiGames Website.

And it cannot be put more simply. I recently bought this game to have a play about myself and see what it was all about. I didn’t read any of the reviews in case I came across any spoilers. I do not regret my decision.

You start out with a mobile phone which you cannot access. You have no idea about your characters story, where you came from or why you have the phone in the first place. Is it yours?

This game kept pulling me back every time I became a little sidetracked with new information on the owner of the mobile phone that posed more questions than it asked.

On the Somi Games website, the developer kindly gives you a background story of the land you are in and some information as to why you have the mobile phone in front of you.

The virtual country in the game has suffered a major terror attack just a few days ago. People are terrorized, and the state is increasing security in order to arrest the terrorists and to prevent further attacks. Governmental intelligence obtained the power to legally inspect personal information such as movement record and cellphone usage, and whoever declines inspection must be hiding something. A cellphone password and privacy, as you know, isn’t necessary unless you’re a terrorist. 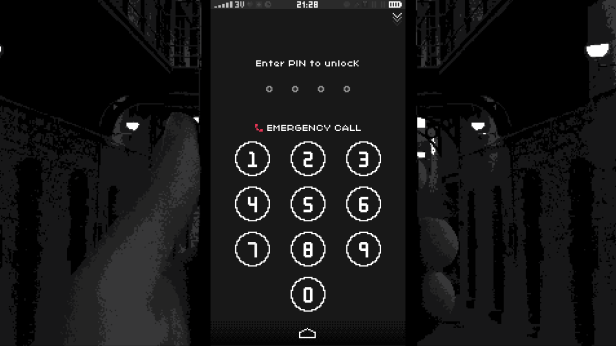 With the mobile phone you are given almost no information. Only the starts of texts that can be seen from the navigation bar on the top of the phone. You are not given a password which you must figure out yourself.

The game has 12 multiple endings each requiring a different action to get to and has 8 achievements on steam which can be gained.

It soon becomes clear that you are in possession of a teenage boy’s mobile phone and you have been unwillingly tasked with trying to find incriminating evidence that proves the teenager is associated with the terrorists that committed the terror attacks a few days prior.

You must investigate contacts, social media, search history and other apps in order to find this evidence.

But there is more to the story than what originally meets the eye, and you soon realise that you may be more vulnerable than what you first believed.

Somi is an independent developer from South Korea who appears to be passionate about creating games and has been programming since 2009.

Replica is not his first project, with previous titles such as Rabbit Hole 3D being made in 2014 which is based on the first chapter of Alice in Wonderland written by Lewis Carroll and RETSNOM being a puzzle platformer created in 2015/16. This leaves Replica being his third project.

On his website he seems to suggest that his biggest influence was an iOS game developer called Terry Cavanach which developed titles such as Super Hexagon and VVVVVV.

Somi has stated that:

“In the future, I want to be a creator. Genre doesn’t matter. I love all games, apps, novels and all creative things that have stories and rooms for imagination.” – Somi of SomiGames

On this website you will find a variety of posts about the gaming industry and community. This will include news, reviews and special events!

You will also find information about Technology and the latest advancements in Gaming Hardware.